The compound contains the Former Official Residence of the Commander-in-Chief of the Kure Naval Station as a main building, a local history museum and a clock tower which was originally built for the former Kure Naval Arsenal, so visitors can get a good grasp of the history of Kure. The area is a cultural zone, as there is also a municipal art museum.
The restoration of the Residence was started after obtaining materials matching those with which it was constructed in 1905, so that it was restored in its original shape. In December of 1998, it was designated as a national important cultural asset.
The wooden one-story building has two sections; a Western style wing on the east side and a Japanese style one on the west side. The wall above and on both sides of the front door are decorated with English stained glass. Some walls and ceilings are covered with Kinkara-kami (gold-embossed paper), which is highly admired as a rare interior decoration. Visitors can recall the elegant atmosphere of those days.

※Kinkara-kami is a Japanese traditional craft which dates back to medieval Europe where decorative animal skin was used for interior decoration and some accessories. In Japan paper was used for the basic material. 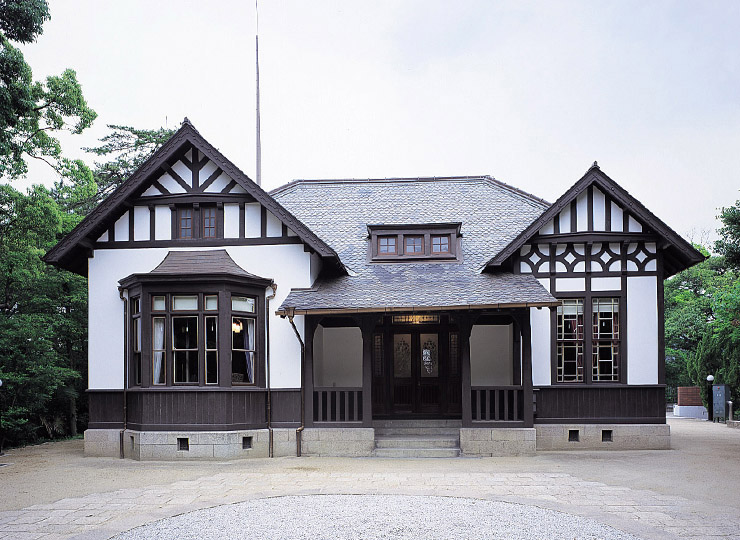 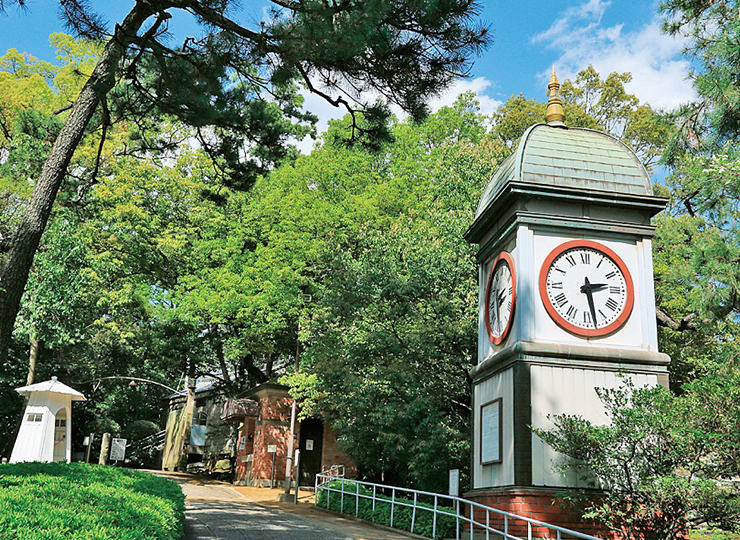 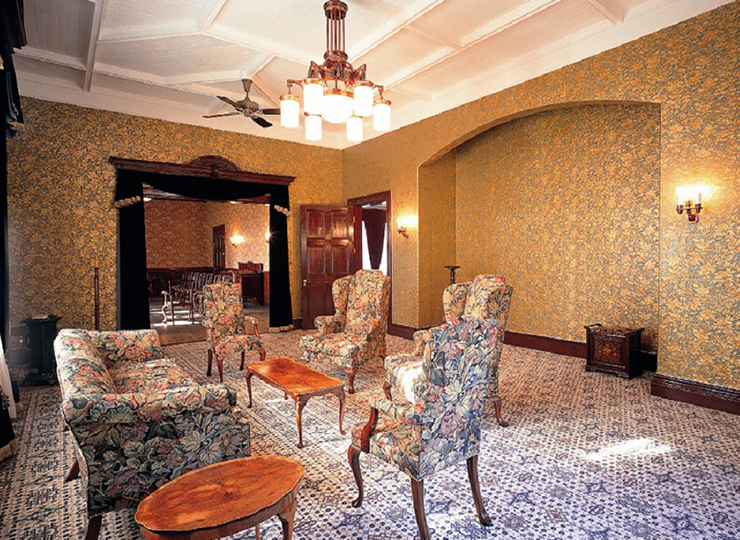 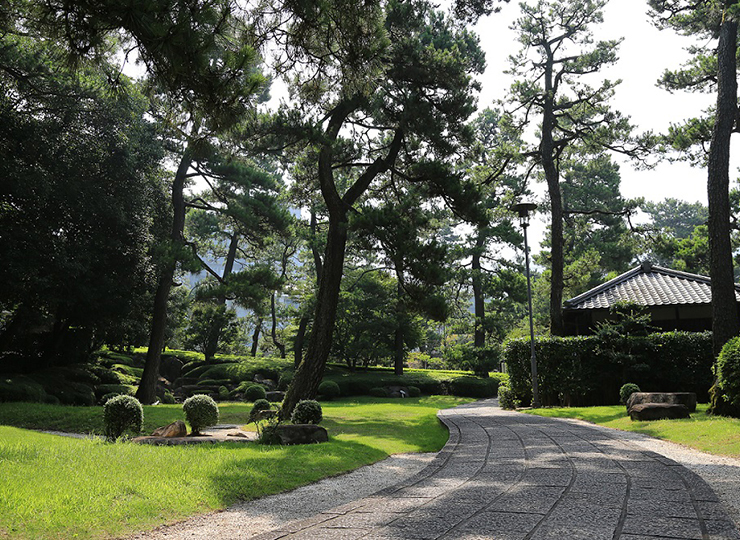 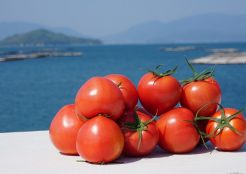 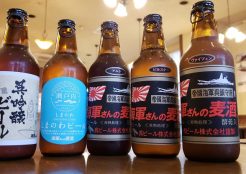 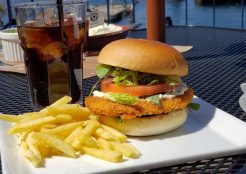 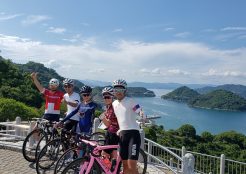 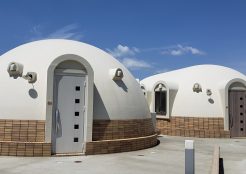